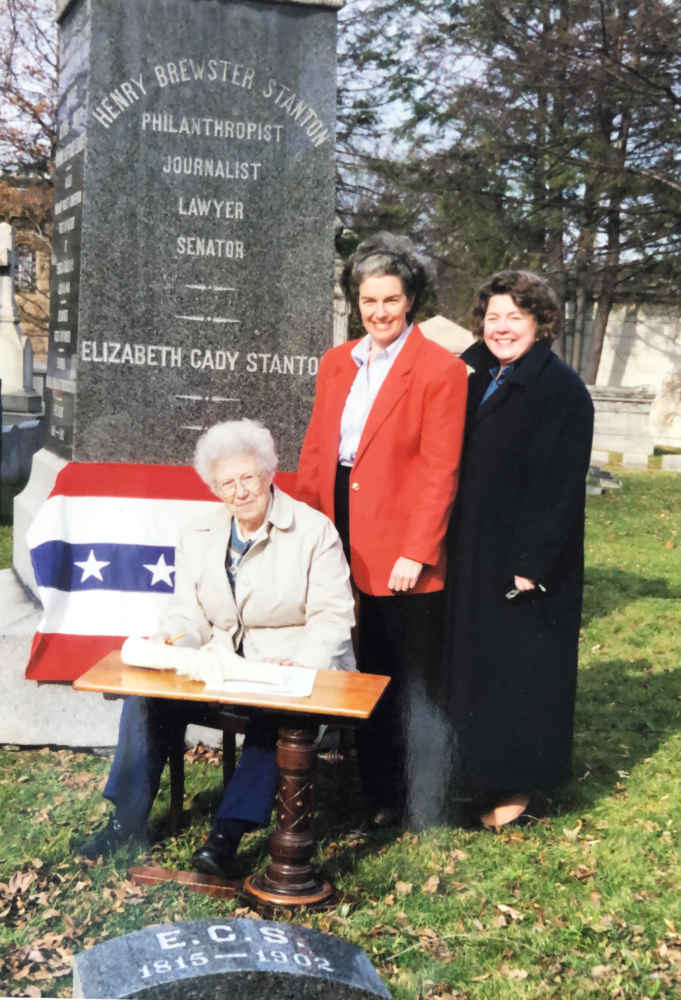 In August 1995, to celebrate the 75th anniversary of women winning the right to vote – the 19th Amendment of the U.S Constitution – the Kentucky Commission on Women, under the leadership of Executive Director Marsha Weinstein, sponsored a suffrage exhibit at the Kentucky State Fair. At this event, Chick and Ceil Harris of St. Louis, Missouri, owners of one of the top women’s suffrage collections in the USA, lent items from their personal collection to be on display.

Three years later, in 1998, Marsha Weinstein had the opportunity to meet Coline Jenkins, the great-great granddaughter of Elizabeth Cady Stanton, and shortly afterwards heard from Chick and Ceil Harris that they wanted to sell their collection.

The initial impacts behind the establishment of the Trust was the opportunity to save a national treasure of historic women’s suffrage and political items, the Harris suffrage collection. This collection is comprised of over 3,000 items from the earliest efforts to secure the voting rights of women through the struggle to pass the Equal Rights Amendment. The Trust continues to collect significant items, including items from the 2008 Presidential campaign of Senator Hillary Rodham Clinton and Vice Presidential campaign of Sarah Palin. The three incorporators believe the collection is an important tool in understanding the efforts of our foremothers and their male allies in granting full equality for women.