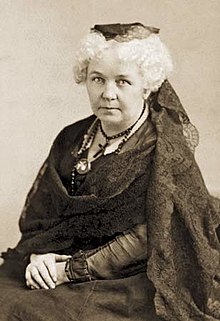 1840      Married Henry Brewster Stanton, whom she had met through their mutual interests in the abolition movement

1878      Graduated from Vassar College with a degree in mathematics